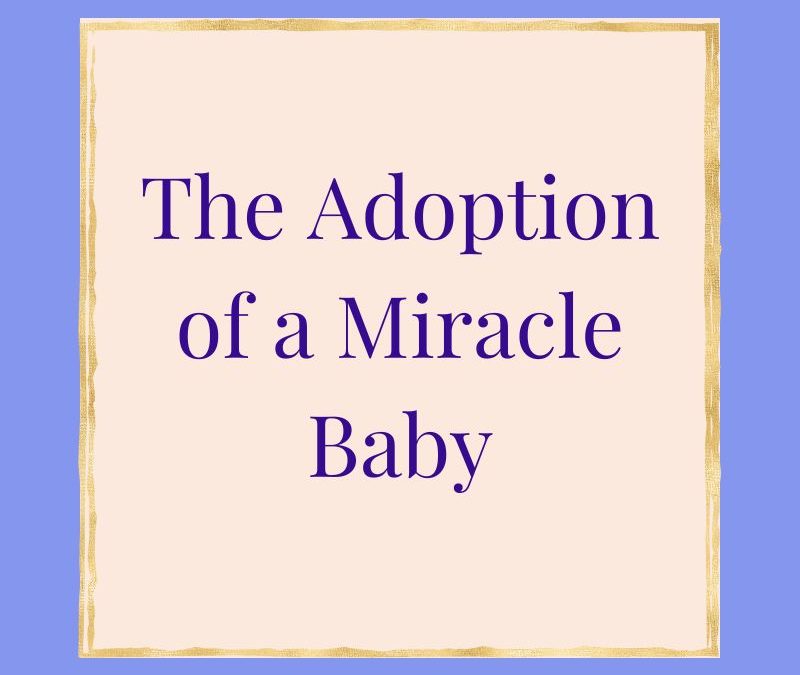 Ruth had a little girl and now she hoped for a baby boy. After several miscarriages, she and her husband met with the Department of Social Services in July 1969. They knew it was a long shot and potentially a long wait but, they were willing to take their chances in order to pursue their dream.

A baby boy is born…

The following January, the agency called to begin the process of adoption.  During this initial discussion, they explained that a baby boy had been born, but he was on medical hold because he had crossed eyes.

Ruth shared with the agency that crossed eyes were not a problem, a baby that she might give birth to could easily have crossed eyes. Not a big deal.

Over the next couple of months, Ruth inquired about this baby several times but the response was always that he was on medical hold.

In April of 1970, another baby boy was born but he was also on medical hold for a heart murmur. Again Ruth shared that a heart murmur wasn’t a problem and that she had one. The agency agreed to place this little boy in Ruth’s home. However, the day before this baby was to be brought to her, the representative from the agency called. She said he had developed kidney issues and was again back on medical hold.

The representative suggested that since Ruth had continued to ask about the baby with the crossed eyes, she would check again to see what his current status was. She promised to get back in touch with Ruth.

An answer to prayer…

The next phone call from the agency was an answer to prayer. There were no explanations but this baby did not have crossed eyes. His medical hold was released and just before turning 3 months old, he was placed in the arms of Ruth and her husband.

Ruth does not know the circumstances surrounding his crossed eyes, but she truly believes that God wanted her and her husband to have this child. And, they adopted their miracle baby!

They named him William and he is about to turn 50 years old. She doesn’t know how God did it, but once again, he performed a miracle!

Other articles you will enjoy: