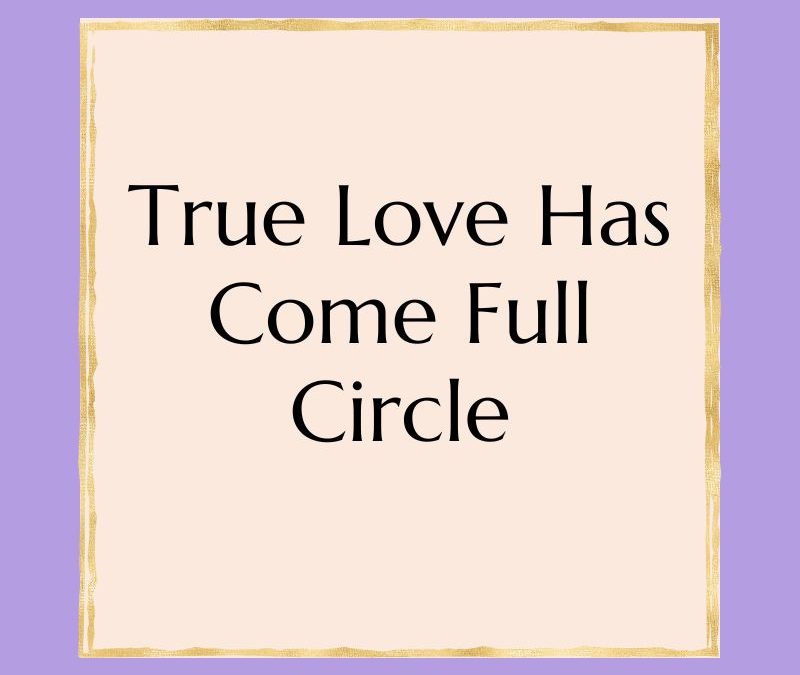 Read the story of how two teenagers went their separate ways and then found True Love has come Full Circle 45 Years Later.

This article originally appeared in Sasee Magazine in the April 2019 issue.

‘Her text read,  “Do you remember Randy?” Oh my gosh, what did she know? Why was she asking? My heart stood still in time.’

True love has come full circle 45 years later and we are thrilled to share our love story with you as it was published in Sasee Magazine.

The photo above was how I remembered Randy and was one of the last pictures of us before we went our separate ways some months after graduating from high school.

It was the beginning of my junior year of high school when a local grocery store advertised they were opening and students were encouraged to apply for positions.

I was hired as a cashier along with a number of my friends. Within a few days, I met a fellow student whom I did not know from school. Randy had been hired as a stocker/bag boy. He was super cute and I was thrilled when he talked to me.

It wasn’t long before we were dating and loving life. Our junior and senior years of high school flew by. He gave me a cedar chest for graduation and in my annual, he wrote that the happiest day of his life would be the day we were married. Then things fell apart on us and we went our separate ways.

I never knew what happened to Randy through the years.  I married and had a son. My business consumed much of my life.  After my son finished college and I was divorced, I did little besides work but that kept me busy and occupied.

After twenty-one years of being single again, I was at home one night when my phone pinged with a text.  It was a girlfriend who grew up across the street from me.  Her text read, “Do you remember Randy?”  Oh my gosh, what did she know? Why was she asking? My heart stood still in time.

Jill had run across him on Classmates and had messaged him.  She relayed to me that his wife had passed away a couple of years before. My mind started racing; my heart was already racing.  I was not a member of Classmates but I jumped on the website to check out this development.  Randy and I exchanged a few cordial comments over the next couple of weeks.  Finally, he offered his phone number if I wanted to chat.

But I must digress to almost exactly a year before this happened.  I was having the guest room painted and the closet was packed with boxes that had been there for almost forty years. What a chore to go through all of that but I wanted the closet painted at the same time.

Actually, I threw away 95% of what was there, but I found one thing I decided to save. It was my high school scrapbook. There were pictures of Jill and many other girlfriends. And then there were pictures and souvenirs from the two and a half years that I dated Randy. I looked through the scrapbook but didn’t think much about it. I still had no idea what had happened to him. Instead of tossing it, I put it on the bookshelf in my den.

Now a year later, I have Randy’s phone number and I didn’t hesitate to call and leave him a voicemail.  When I did get to talk to him, stories of our time together so many years ago made the moments fly.  He suggested we get together for lunch but didn’t immediately follow up on the offer. It was nerve-wracking but we both knew a lot of time had passed; we are grown-ups now and we were avoiding potential disappointment.

The day did finally come when we decided to meet. As he walked up my sidewalk, with flowers in hand, we were taken back forty-five years. He was amazed to see I still had the cedar chest and a scrapbook of memories. It was almost as if we knew there was no turning back this time.  We were instantly connected and almost inseparable from that moment.

But there’s more to the story. Except for a few years when Randy was out of state, we were living and working in the same space. He was coming in one door as I was going out the other door, so to speak.

For ten years, he had a meeting once a week three doors down from my office.  He had been in food and beverage sales and worked all the restaurants in my small town.  At one time, he lived in the apartments that were located beside my office building.  There was even a time when our yards were separated by a fence. How had our paths not crossed before now?

Six months after we reconnected, Randy asked me to marry him.  After a ten-month engagement, we were married in a beautiful ceremony on the beach.

We know it was God’s perfect timing for us to reconnect at this point in our lives. Life has come full circle.

Soon after we reconnected, Randy went with me to an educational conference in Las Vegas. Here is our picture 45 years later.

These two teenagers finally saw life come full circle 45 years after going their separate ways. Below is one of our wedding pictures. 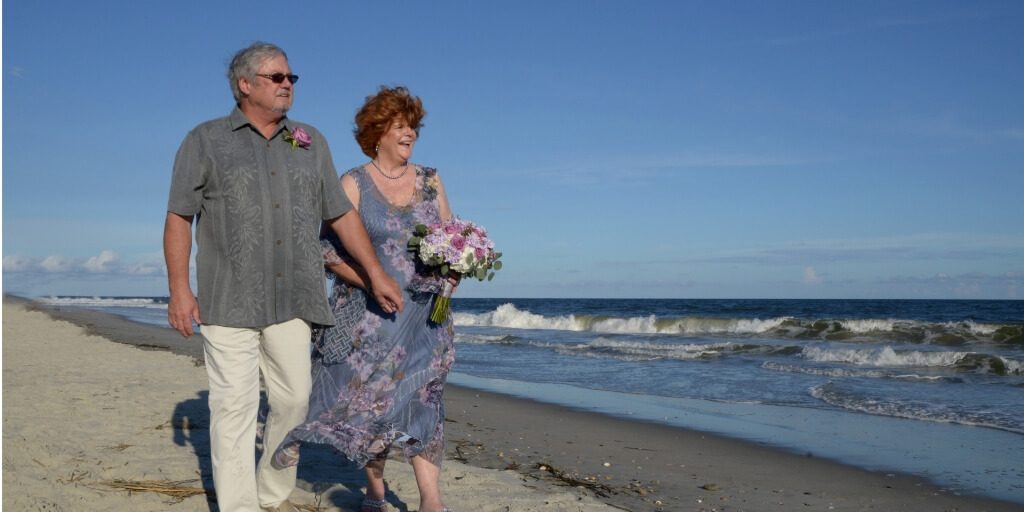